Back to the Basics

Why Bundren Painting Scaled Business Back To Grow

So you want to grow your painting business? That must mean you need to amp up sales. Pretty simple, right?

For a lot of painting contractors, it’s easy to make that leap. But those business owners who have followed this path to easy growth, and failed, can tell you that growing a business isn’t truly this simple.

Of course, hearing that advice isn’t as effective as living that lesson. Craig Bundren, president of L.D. Bundren Painting Inc. in Katy, Texas, has seen what waits for painters who focus on sales over profit. Now that he’s growing his business for a second time, he will be the first to tell fellow painters that sustainable growth depends on understanding where you stand today.

Like many painting contractors, Bundren grew up in the family business. His dad branched out from his own father’s painting company to start his own business in 1984. Bundren recalls riding in the truck and helping out on jobsites as a kid.

helping out on jobsites as a kid. “I walked onto one of the jobsites with him one time and the superintendent looked at me and said, ‘If your daddy ever tries to hand you a paintbrush, you run,’” Bundren recalls with a laugh.

After two years of active duty in the Navy, Bundren decided to officially join the family business in 1995. He started sanding doorframes and doing brushwork, before moving into a superintendent role. From there it was estimating, project management and sales to prepare him to take over the business in 2011.

There were parts of the business, however, that Bundren came to realize he intensely disliked.

“My dad had grown the company big, and gone small, then big… We’d been through some good times, some bad times. But at the end of the year it was always a roll of the dice as to whether we made a profit. And I hated that,” Bundren says.

While he hated that feeling of waiting for the CPA doing the tax return to confirm a profit, Bundren has come to realize that feeling is fairly typical for many second- and third-generation painting contractors.

After taking the helm of Bundren Painting in 2011, Bundren knew he wanted to grow the company so there were no more guessing games. But what he ignored then—and what today is a key focus for his business—is that big profit is far more important than big sales.

“My mentality was ‘if you want to do better, you’ve got to grow bigger,’” Bundren shares. “You’ve got to increase your sales. That’s the one lever that everybody wants to pull.”

Not knowing exactly where to start, Bundren found himself looking to other people who had proven success in the market to find a model for his own growth. He ultimately reached out to a competitor who had recently retired. The former contractor had done well for himself in his painting business but proved a less-than-effective consultant.

“This guy was really pushing me to do things a certain way, and against my better judgment, I did,” Bundren says. “I told myself, ‘You’ve been doing it this way for this long and it's got you here. So let’s see what this is.’ I ignored that little voice in my head that told me not to do some of this stuff. Don’t ever ignore that little voice.”

To grow sales, the company began chasing commercial work in a big way. They pursued contracts with a number of bigbox stores and started taking on drywall work as well. Sales grew. But so did the company’s overhead.

To tackle the extra work, the company picked up more staff, including an estimator who went on to severely underbid several projects.

“We were awarded those projects and by the time it was over I was writing $70,000 checks for this job, $60,000 for this one …” Bundren says. “A lot of what the company was worth got dished out the door because we lost so much money on these jobs.”

Bundren realized he had to develop a new plan very quickly.

The first step was to sever the relationship with the consultant. The next step was to complete all of the backlog before taking a step back.

“We finished every project that we had,” Bundren says. “I knew that if I was going to do anything in life, I had to keep my reputation. I couldn’t be that guy who walked away from a bunch of work. We found ways to finish all of those projects and then really went back to basics.”

Blacking out a ceiling at the Cynthia Woods Pavilion in The Woodlands, Texas.

After scaling the company back, Bundren set out to grow once again, but this time doing it in a way that could sustain success over the long haul.

“I became an information sponge,” he says. “I wanted to make sure that I wasn’t guessing on anything anymore. That I wasn’t following someone else blindly. That I was making my own educated decisions.”

He began taking business courses, such as Keith Cunningham’s 4-Day MBA, and reading books by coaching greats such as Tony Robbins. As he delved deeper, Bundren began to realize that most of the courses and books were essentially saying the same thing in different ways.

Painters touching up at the Christus Spohn Project in Corpus Christi, Texas.

“A lot of it is about key performance indicators (KPIs), dashboards and measurements,” Bundren says. It’s all about the new adage, “What gets measured gets managed.”

Bundren learned that there need to be metrics in place to gauge productivity on an ongoing basis throughout the year. There’s no way to fix problems if there’s no clear indication of a problem—until it’s mushroomed into the type of problem he had just faced. The only way to make improvements is to know where you are today and where you want to be tomorrow.

Today, Bundren says, there are things at the company that are measured daily. He closely watches factors, including how much work the company is bidding, who is awarding the most jobs, which contractors are earning the best profit margins and how much time employees are spending bidding projects.

“Even in the field, we had to go down and find our true cost per item,” Bundren says. Coming from a business that already had nearly 30 years behind it, it was eye-opening to realize how many unknowns existed. Bundren began to unpack assumed truths, such as why the company bid based on the square foot.

“Why do we sell painting drywall at x amount per square foot? Well, because that’s what the market will bear,” he found. “We had to really drill down and see how much it actually costs on each item under each condition and constantly tweak that. Because if we can find out where our true costs are, then we can accurately bid projects instead of just throwing out there, ‘we’ll do it for what the market can bear,’ like every other contractor.”

Bundren has also realized that the company’s success depends upon successful delegation. “My dad always had his hand in every pot. He had his hand in estimating, superintending, every portion of it—and it stressed him out,” he shares. “Not that I’m not stressed—but I’m playing the long game. I see a day where I can set this thing up to where it can run like a well-oiled machine and I can step back and enjoy the way it runs. We’ll have a system set up for everything.”

A street and building painting project applied as an art installation for the Super Bowl when it was hosted in Houston in 2017. It was removed after the Super Bowl.

The company has seen a massive number of changes over the past few years, and Bundren is quick to point out that it’s still changing.

“We’re not perfect at it yet. A lot of this stuff we’re still implementing,” he says. “It’s one of those things where once you fix one area than another area starts squeaking. You have to systematically hunt down all the squeaks until you get things running the best that it can.”

At times it’s been an overwhelming process, but Bundren is a firm believer that there’s no failure unless you quit. Each day he tackles specific tasks knowing there will be time tomorrow to make further improvements.

“The first time that I grew the business, I didn’t have the foundation in place,” Bundren admits. “Without the foundation in place, you can take on all the work you want to, and you will fail. And that’s what we did. We did not have the structure to operate. We had the structure to do $5 million worth of work, and you can’t do $8 million on a $5 million structure. You can't do $10 million on an $8 million structure.”

Now he’s hoping other struggling painting contractors will recognize that it’s never too late to learn a better way to build a business.APC

Megan Headley is the managing editor of APC magazine. She can be reached at editorial@paintmag.com. 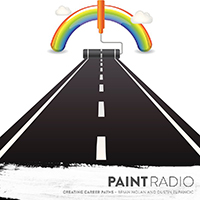 - Don't forget to listen to the…
Read Now 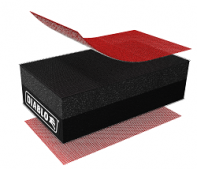 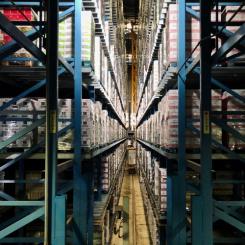 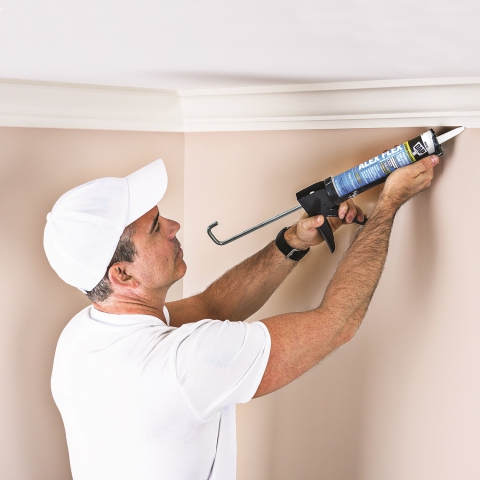